Announcement of the winners of the Foton Awards 2022

Announcement of the winners of the Foton Awards 2022

A report on the quantum internet and an informative activity on the color of light, Foton 2022 awards

In the Emitted Photon category, the members of the jury have agreed, after deliberation, to award the first prize to Laura G. de Rivera, scientific journalist for her work “Quantum Internet”. This article was published in Muy Interesante magazine in May 2021.

The second prize has been awarded to Ana García Cabrera, Laura Rego Cabezas, Javier Prada Rodrigo, Daniel García Carracedo and Alba de las Heras Muñoz from the OSAL Student Chapter of the University of Salamanca, for their informative video “The colors in the pomps of soap”.

In addition, a second prize has been awarded to the activity “The vision, the formation of images and diffuse reflection: some mutual relations”, of the IES Ramón y Cajal, Huesca, presented by the professors Arturo Carcavilla Castro, José Luis Palomino López, María Teresa Oliván Bescós and Laura Labarta Pueyo.

The Fotón Awards aim to recognize the work of communication, dissemination and approach to public opinion of the scientific, technological and social impact of research in optics and photonics, as well as to promote and encourage science teaching and research, in particular in the field of optics and photonics, among Primary and Secondary students.

The jury for the Emitted Photon category, which rewards popular science in the area of ​​optics and photonics, has selected this year a scientific communication article and an informative video.

From the article “Quantum Internet” by Laura G. de Rivera, the jury has valued very positively that it is closely linked to the present, as is the case of quantum communication systems, and also that it is written in a very clear and creative language. despite the complexity of what it deals with. In addition, the article is well documented and has been able to integrate the sources and statements of the experts into the text.

From the video “The colors in the soap bubbles”, prepared by Ana García Cabrera, Laura Rego Cabezas, Javier Prada Rodrigo, Daniel García Carracedo and Alba de las Heras Muñoz, the jury has positively valued its ability to spread it to the general public, explaining how it works of the phenomenon of interference of light with an accessible and attractive example. The video was also liked for its creativity when it comes to showing the colors that are produced in the bubbles.

The jury was made up of researchers from the José Olivares, José Luis de Miguel, Gabriel Cristóbal, Javier Solís, Alberto de Castro and Joaquín Campos Institute of Optics, by the editors of the CSIC Department of Communication María González and Marta García, who acted as president of the Jury, and by the president of the IOSA, Alejandra Varea.

The jury for the Photon Absorbed category for teaching at the school of optics and photonics has selected the activity “Color light, why do we see colors?”, presented by the IES María Pacheco de Toledo, which was addressed to students of 4th of ESO.

The jury has highlighted that it is a very complete project with a high pedagogical value, with experiences of great variety and extension. These experiences are dynamic and also have rigor and a high level of interdisciplinarity by involving some participatory initiatives, such as the construction of spectroscopes, and others to approach the scientific community, such as the women astronomers exhibition and the visit of Cecilia Payne.

The jury has also decided to award a second prize to the IES Ramón y Cajal for its project “Vision, image formation and diffuse reflection: some mutual relationships” because it encourages students to think critically, with accessible and reproducible materials that can be use in class and take into account the learning process.

The jury was made up of Pura Fernández, director of Scientific Culture and Citizen Science of the CSIC and Editorial CSIC, Sergio Sáez, Cluster Manager of SECPHO, researchers from the José Olivares Institute of Optics, José Luis de Miguel, Sergio Barbero, Javier Solís, Joaquín Campos and Alberto de Castro, and the president of IOPTICA, Alejandra Varea. 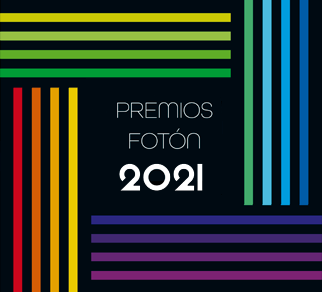 The winners of the Foton Awards 2021 have been published 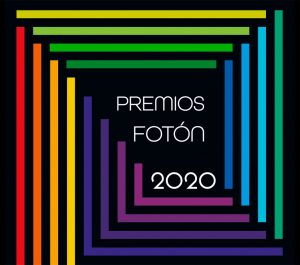 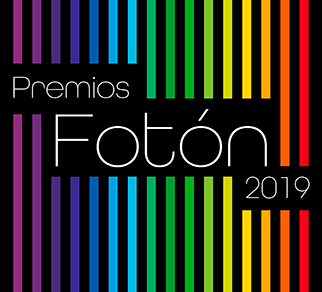 The CSIC Institute of Optics announces its Foton 2019 awards

Subscribe to the news of the Institute of Optics

You will receive news about the latest scientific advances, outreach activities and information about our annual Foton Awards.